When home is where the hurt is:  Options for migrant victims of domestic violence 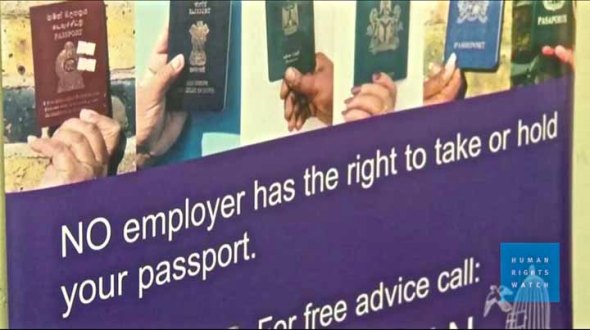 By Cristina A. Godinez, Esq.

NEW YORK CITY — Migrants are vulnerable to domestic abuse. Roughly 80 percent of immigrants in the United States are sponsored by U.S. citizen or permanent resident relatives, or by employers. In a situation where one’s immigration status depends almost entirely on the sponsor, the potential for abuse – domestic or otherwise, lies in wait.

While migrant women comprise a large number of domestic violence victims, the abuse takes various forms and cuts across gender (male or female), age (children or the elderly) or type of relationship (spousal/intimate, or even employment – as in the case of domestic workers). The common denominator is that the abuse or extreme cruelty occurs in the privacy of a home.

Battered migrants remain in the chokehold of rules and practices that allow their sponsors to confiscate their passport or green card, revoke the sponsorship, withhold support or documentation, or foist a constant threat to report the migrant to authorities for detention or deportation. Many migrants do not see a way out and opt to suffer in silence. 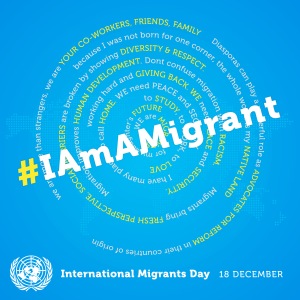 There are, however, ways by which victims of domestic violence, sexual assault or crime can obtain immigration status independently of their sponsors.

• Self-Petition under VAWA: The Violence Against Women Act (VAWA) allows both male and female survivors of domestic violence to file an immigrant petition on their own. without the abuser’s knowledge. The law requires the applicant to prove that he or she “has been battered or has been the subject of extreme cruelty.” This standard is not limited to being physically or sexually abused. In considering the totality of the abusive situation, the USCIS also considers emotional abuse, coercive behavior, threats to harm or deport, and forcible detention.

Those who are eligible to self-petition for VAWA include the spouse, child or parent of a U.S. citizen, or the spouse or child of a permanent resident. The VAWA self-petitioner must have lived with the abuser, although there is no specified length of time required. The petitioner is also not required to continue living with the abuser. In certain situations, a battered spouse need not remain married to her abuser to obtain the VAWA benefit.

Permanent resident applicants are generally required to have entered the U.S. lawfully, and should have been inspected by a U.S. official at a port of entry. VAWA self-petitioners are exempted from this requirement and may apply to adjust status as permanent residents even if they entered the U.S. without inspection, worked without authorization, or otherwise became out-of-status.

• Cancellation of removal: Battered migrants who are already under deportation proceedings may adjust status to permanent resident through a process called cancellation of removal under VAWA. This process is specific to those who have already been charged for immigration violations such as overstaying a visa or unlawful presence, and have been ordered to appear in immigration court. An immigration judge may cancel the deportation proceedings and grant lawful permanent residence.

• Conditional Resident Status of Foreign Spouses: Persons who obtain their green card on the basis of being married for less than two years to a U.S. citizen are conditional residents. They are required to file jointly with the U.S. citizen spouse a petition to remove the condition to their resident status, otherwise, he or she may be placed under removal (deportation) proceedings. In a case where the conditional resident is battered or subjected to extreme cruelty by the U.S. citizen spouse, the requirement to file the petition jointly may be waived.

Photo from the Missionary Oblates of Mary Immaculate’s Justice, Peace and Integrity of Creation

• T or U non-immigrant status (T or U visa): T visas provide immigration benefits to victims of severe forms of human trafficking. Migrants from poor countries are brought to the U.S. by force, fraud or coercion to work under brutal or inhumane conditions. It is a form of modern-day slavery that occurs even in the privacy of a home. A domestic worker trafficked into the U.S. who has been subjected to abuse or cruelty by her employer may seek T non-immigrant status for herself and her dependent/s, and eventually obtain a green card.

The U visa, on the other hand, is available to those who have suffered physical or mental abuse as a result of a qualifying crime such as domestic violence. The U visa applicant must be helpful in the investigation or prosecution of such criminal activity. A person in U status may eventually apply for a green card.

In a recent groundbreaking decision, the country’s highest immigration court, the Board of Immigration Appeals (BIA), has recognized domestic violence as a basis for granting asylum.

Asylum is an immigration relief granted to someone who has been persecuted or has a well-founded fear of being persecuted on account of his/her “race, religion, nationality, membership in a particular social group or political belief.”

The decision was based on the case of a Guatemalan woman who fled to the U.S. after being threatened, brutally attacked, raped and burned by her husband. The Guatemalan police failed to protect her and refused to interfere in a domestic matter. The BIA ruled that “married women in Guatemala who are unable to leave their relationship” can constitute a cognizable particular social group that forms the basis of a claim for asylum.

This ruling may open the door to victims of domestic violence who flee their home country because of their government’s failure to protect them from abuse.

Cristina A. Godinez is an immigration attorney who handles cases involving family and employer-sponsored green cards, work visas, and naturalization. She has successfully obtained green cards for healthcare workers, IT and finance professionals, teachers and other workers, including self-petitioned extraordinary-ability applicants. She is also ad hoc coordinator at the Migrant Center at the Church of St. Francis of Assisi in New York City where she handles humanitarian immigration benefits cases. She has helped hundreds of non-citizens navigate U.S. immigration law while advocating in behalf of highly vulnerable migrants. She is a member of the American Immigration Lawyers Association (AILA). If you have questions or comments, please email crisgodinez@lawyer.com.